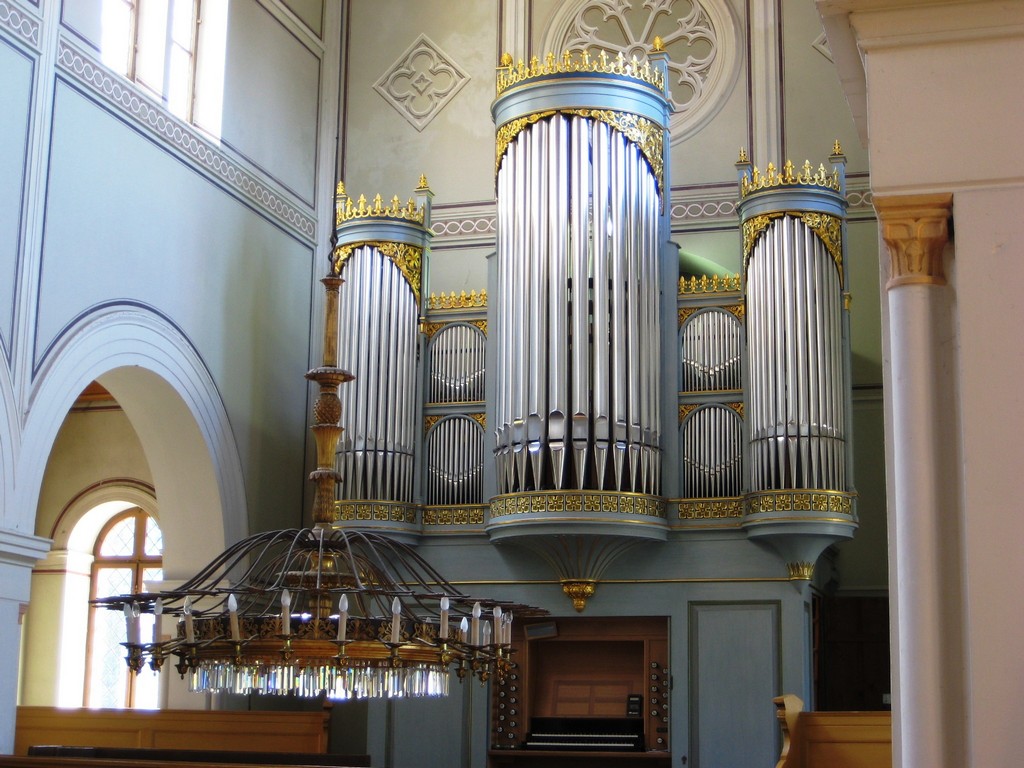 The organ of the Protestant Church of Caputh is rebuilt using the historically grown stock of pipes from Carl Ludwig Gesell's 1852 instrument and Alexander Schuke's 1926 organ. Instead of the pneumatic organ system of 1926, a mechanical slider chest organ with 20 stops is built. The historical prospectus of 1852 is maintained. The pictures above show the state of the organ restoration / renewal of January 4, 2004 as well as our employees Michael Treblin and Daniel Gatzsche working on the Caputh organ. 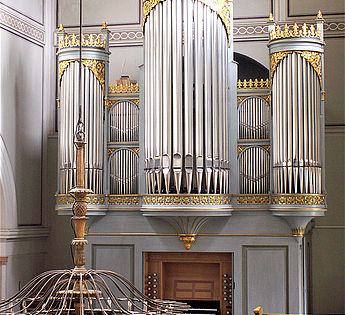 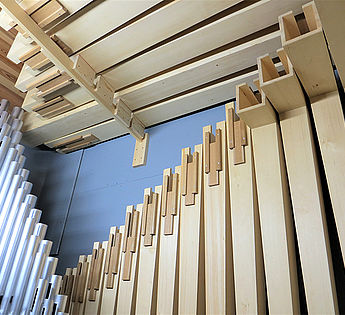 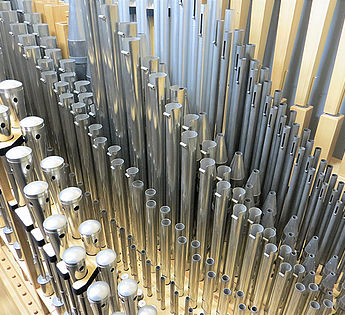 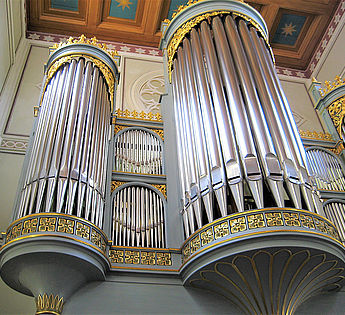 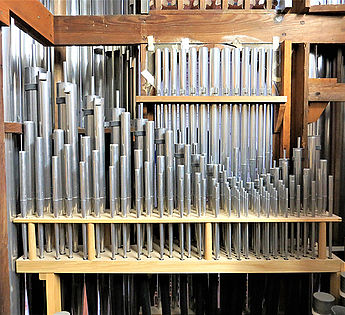 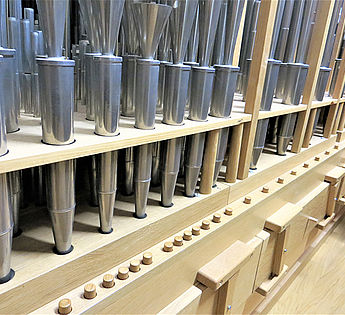 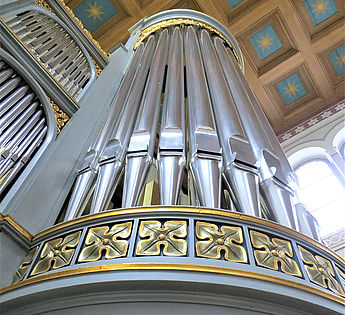 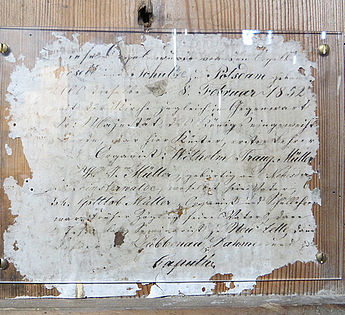 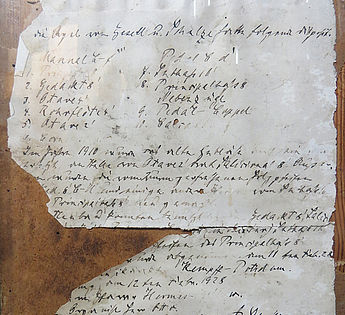 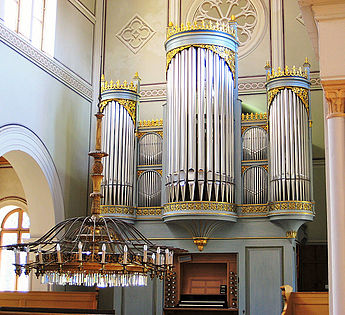 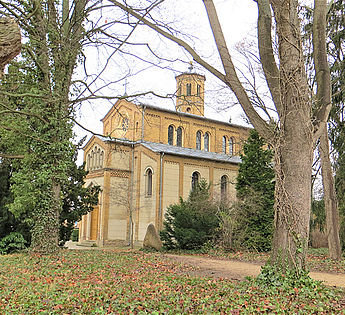